By Melissandre Cosmetic and Food Regulations No Comments 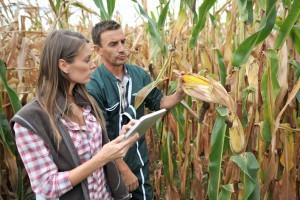 At first, food was hunted for but as societies developed people bought from a nearby market and after the industrial revolution and a new form of living people had to buy their food in impersonal superstores where there were aisles and aisles of food from all over the country and all over the world.

People at the time of trading and local markets certainly did not think to wonder about what it was they were eating because they trusted the people they bought the food from. They already knew where it was grown and how it was grown, because more likely than not the food was grown locally. But when the world started trading more and more food and there was more and more people to feed, those certainties became blurred. In winter you couldn’t be sure the apples you were buying were from the nearby orchard or from across the globe, and that is when the importance of food labeling came into play.

Starting about a century and a half ago in 1862, President Lincoln launched the department of Agriculture and the Bureau of chemistry, which were the predecessors to the Food and Drug Administration (FDA). There weren’t too many acts passed for fifty years, but in 1924 the Supreme Court ruled that the Food and Drugs Act condemned every statement on a product’s label that was misleading, which is similar to today’s regulations about having all the ingredients listed as well as the health benefits the product may or may not have. Much later in 1958, the Food Additives Amendment was enacted, requiring manufacturers to declare all additives in a product, much like how today all allergens must be labeled clearly and in a different font of color in order to stand out more to the consumer. And it isn’t until 1994- only twenty years ago! – that food labels are required to list basic per-serving nutritional information and an important nutrients list.

However, it isn’t until 2002 that regulations and the shaping of the nutrition label that we see today started. Starting with the Farm Bill of 2002 that required retailers to provide the country-of-origin labeling for fresh beef, pork, and lamb. However, due to stakeholder pressures and repeated debilitation, the law only came into effect 7 years later in 2009. We then had the announcement that the FDA would require food labels to label trans-fat content in 2003 which went into effect in 2006. Many manufacturers during these years such as, PepsiCo and Kellogg launched products and packaging that showed off what was healthy about their product to their consumers, such as front labeling of essential nutrients and health plans. It is during this time period that consumers began to be more conscious and demanding about what they wanted to be consuming. And in 2010, the USDA required cuts of meat to have labeling as well for the country-of-origin and slaughter location.

Finally, in 2011, the Food Safety Modernization Act (FSMA) was signed into law by President Obama, who aims to ensure that the U.S. food supply is safe by shifting the focus of federal regulators from responding to contamination to now preventing it. These new measures are to ensure that contaminated food is stopped before it is eaten by consumers.

The development of food labels and food safety was a long one, and if done sooner would have certainly saved many from getting sick. But now that regulations have been made and continue to be updated year to year, food is a lot safer than it has ever been.

To learn more about FSMA regulations and or to see the differences between FSMA and its European counterpart INCO, click here.

For information on what you can do to internationalize your product and conform to multiple label regulations, please visit https://www.lascom.com/ .