Excel isn’t always the best adapted to your needs 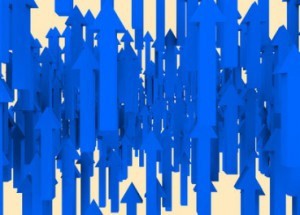 Microsoft excel is one of the most used office software in the corporate world as well as for maintaining contacts books,  making calculations, developing dashboards and for using data for charts and comparisons. The diffusion of Excel is due in part to the general public which allowed it to move easily into a central tool in business, and by being supported by the users who had appropriated it.

The problems arising for Excel are also due to one of its main assets:

Its ease of use and its adaptation to very large problems. Everyone starts to use it to answer a primary need. New requirements appear and the user will consolidate and develop their Excel spreadsheet to meet those new requirements which will lead to the file being open to other users, etc…Thus, from a single -simple- document, it grows and becomes more and more complex and achieves a criticality which was not originally intended.

The risk of this happening -therefore- comes mainly from excessive use and from being diverted from its original purpose and not from actual flaws in the software. This is what will create access security issues and safeguard critical information problems. Putting a password on your Excel workbook and bringing it home on a USB drive is not enough to protect it when it contains sensitive information.

This also covers a subject which we have discussed before, the appropriation of software by business users. This has many benefits, of course, as long as the software is properly adapted. We naturally find these problems with many other office software, especially those that are used in both the private and professional sphere, as well as those who have a high volume of users and store critical data. Excel is an essential tool that businesses can’t do without, but it must be used to meet the needs for which it was designed.

In conclusion, “necessity is the mother of invention” (Plato) and with each necessity, there is a tool or software (as PLM software or PIM software). And extending the functionality of a tool beyond its maximum potential could make it come out of its original purpose. Using it beyond its full potential certainly has you save time and money initially, but in the long term, this could create more damage than profits.

“Moderation in all things.” -Aristotle